Colin Jenkins - A Giant in the UWC Movement

It is with the greatest sadness that we announce the passing of Colin Jenkins, former Principal of UWC Atlantic (1990-2000). Everyone who had the privilege of knowing Colin came to love Colin. No man had a bigger heart or cared more deeply about the UWC mission and values and its students. For me, Colin was the most humble giant of them all. A true mentor who led by example, including always making sure his wife Isobel was at his side. A noble life lived to its fullest.
He will be dearly missed and our thoughts and prayers are with Isobel, Robin, Jenny, Joel and his extended family.
Peter T.Howe

A message from Colin's family:

Thank you for all your kind words; they have made us laugh and cry.

For those asking about the funeral, the service will take place at 1.30pm, 30th November 2019 in the Bradenstoke Hall at UWC Atlantic, followed by burial at St Donat’s Church.

A Reception will be held afterwards in the College library.

All are welcome. Please, no flowers.

A beautiful tribute to Colin by Keith Clarke

Colin Jenkins was a giant in the UWC movement. If 27 years of devotion to UWC Atlantic was not enough, there was a further decade of service to follow that had a profound impact on UWC’s growth.
Colin, who has died at the age of 80, joined UWC Atlantic with his wife Isobel in 1971. When they left in 2000, the college was indelibly associated with him. He had served as Houseparent, Director of Studies, Vice-Principal and, for ten years, Principal. There were a couple of periods away: a short stint at Pearson College UWC, and three years as Director of Examinations and Deputy Director General at the IB, playing a major role in the IB’s move to Cardiff. But it was at UWC Atlantic that Colin was the commanding presence in the 1980s and 90s.
Generations of UWC Atlantic students came to love and admire Colin and Isobel. Colin could inspire as a leader, and he had the distinctively Welsh skills of an orator, always able to find the words and always able to deliver them with passion. Alumni frequently recall his words when they arrived about their responsibility for the college, and then when they left about the importance of making a difference.
Colin’s time at the IB is a clue to something that is often overlooked: at heart, Colin was the most passionate of educators. He believed deeply in the UWC mission and there was no greater advocate of what is now known as deliberate diversity. But for him, that mission was completely dependent on UWC’s educational backbone. As a biologist, he was among the first to understand the importance of a more interdisciplinary approach to environmental issues and the Environmental Systems IB course that he developed at UWC Atlantic was probably the first such syllabus in the world. Colin also thought about the applicability of the IB beyond its own world. He was one of the drivers behind the early ideas for a Welsh Baccalaureate, although what came to fruition in the early 2000s ultimately disappointed him.
It is probably fair to say that by the end of Colin and Iso’s time at UWC Atlantic, Colin was exhausted. The increasing demands of fundraising and other administrative and financial pressures had taken their toll. These were demands he had to shoulder in the service of the institution that he loved, but he found himself removed from the work that most inspired him. Over the next few years, he rediscovered his joie de vivre, but retirement did not quite work out as planned. Colin continued his role as the IB’s Vice President and a member of its Executive Committee, and he authored a major study about the perceptions of the IB in British universities. He eased back into UWC life by stepping in to cover some biology teaching at UWC Atlantic. It wasn’t long before other opportunities beckoned.
In 2004, UWCSEA was experiencing a difficult time. There had been one of those breakdowns in governance and management that seem to be such a peril in otherwise successful schools. Colin went to Singapore to become interim Head. This was not a universally popular move among his friends and former colleagues because the situation of the previous Head had been poorly handled. But Colin felt he could help. As another UWC Head said at the time, Colin answered the call in a way that few others would. UWC started to see Colin in a different light. He was a healer: his experience and record made him someone around whom others could rally, and he brought harmony and a sense of purpose to a community with a badly bruised spirit. Over the course of a year, Colin led the school back to where it needed to be, ready for a permanent Head to take up the reins. UWCSEA has never looked back.
Then came perhaps the greatest adventure and one of Colin and Iso’s proudest achievements: UWC Costa Rica. The gestation of this college was unusual because it had been handed to UWC by the SOS Children’s Villages organisation with a year to effect the transition. Colin was the obvious choice to be the Project Director. He had one condition, easily met: he and Iso should hold the role jointly. It was a wonderful year and, as a zoologist and environmentalist, Costa Rica was a country of wonders for Colin, with encounters with tarantulas, vultures, rare orchids and, less fortunately for Iso, a scorpion. The year was a roller coaster but in 2006, despite seeming against the odds at times, UWC Costa Rica joined UWC – a school that from its outset sought to blend it’s SOS heritage with UWC’s freshly-updated mission and values. For Colin and Iso, there was also the joy of a special friendship with the Head of the existing and future school, Mauricio Viales. Costa Rica would thereafter always have a special place in Colin’s heart. 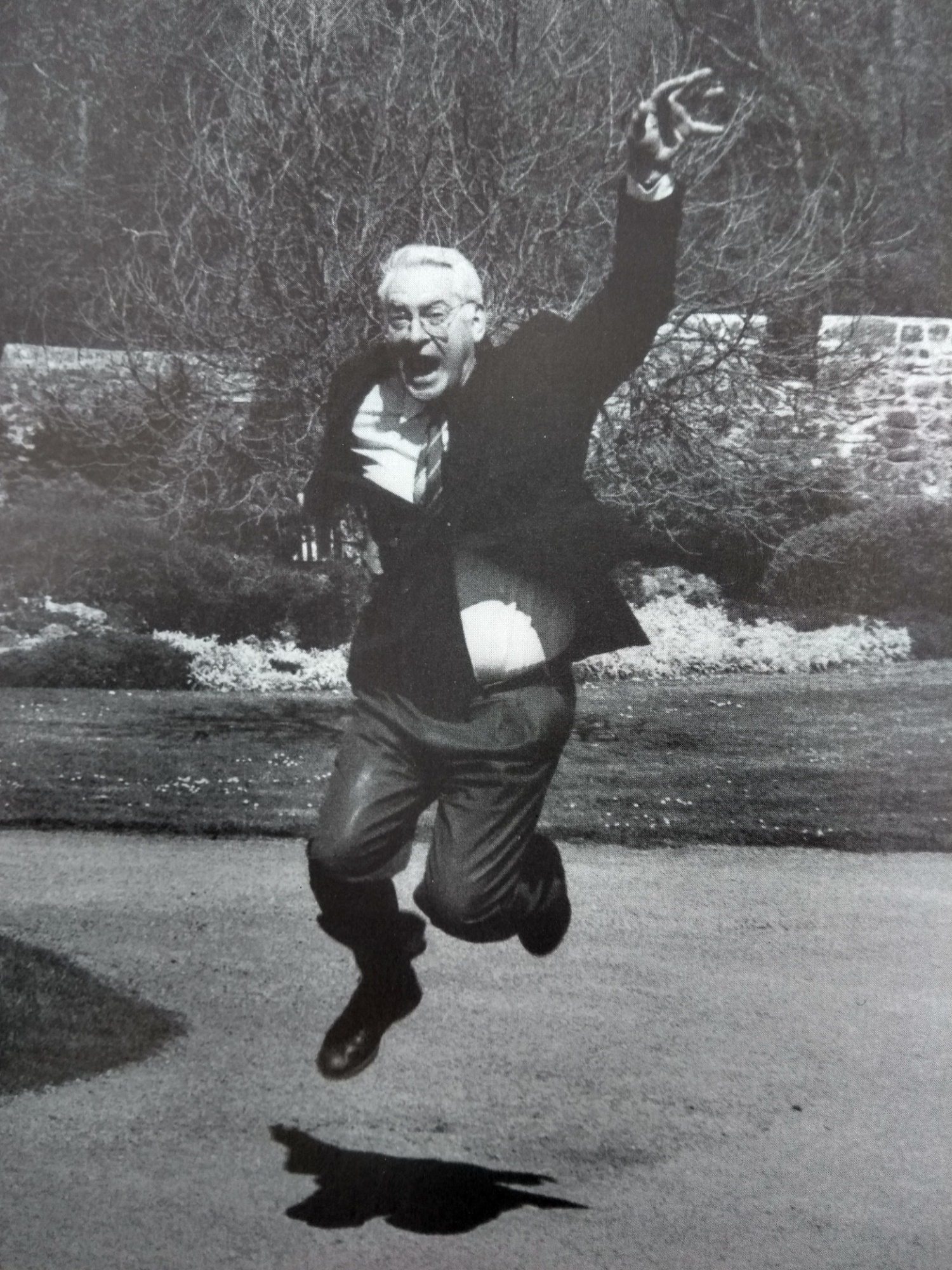 One story – and there are so many to choose from – stands out from this period. UWC was understandably viewed with anxiety and even suspicion by the staff of the existing Colegio Internacional SOS Hermann Gmeiner. Colin was a focus of this before his and Iso’s first visit. That visit was in August 2005 and within a few days it was clear that the community had taken them into its heart – and vice versa. For their second visit a few weeks later, so many staff wanted to travel to the airport to meet them that even a minibus wasn’t enough to prevent disappointment. This seems to capture the love and affection in which they were held by so many.
After UWC Costa Rica, the roles came one after the other: UWC Maastricht, the plans for a UWC college in Spain, UWC Dilijan. In each case, Colin brought his long experience of UWC; but he also brought an energy and commitment that infected those around him. He turned people on to UWC. Even though he handed over to new Heads when the colleges opened, he carried the title ‘Founding Head’ pre-opening. He could therefore claim to have headed five UWC schools and colleges, and to have been intimately involved in founding three of them. Along the way, came very many deep and lasting friendships. Colin remained an Honorary Board member of UWC Dilijan until the end of his life.
UWC friends will have many memories of Colin, most of them involving a lot of laughter and plenty of strange situations. He was a great storyteller, his interests were wide and varied and he was well-read. He was utterly charming. It would be no exaggeration to say there was a greatness about him. While I have been writing these lines, two emails have landed in my inbox that describe him in different ways. One emphasises ‘character’: Colin was a character, he injected character into situations, he valued character in others, and he saw character as a vital UWC outcome. The other calls him a ‘bear of a man’, which manages to encapsulate Colin’s physical and emotional presence, his mischievousness and humour and the affection he could draw. Those of us fortunate to be part of his and Iso’s life were privileged to see all this up close.
Of course, Colin had his weaknesses. While he respected people of most opinions, his patience was thin with those who did not share his most important convictions about fairness, equality of opportunity and the power of everyone to make a positive difference. He wasn’t always a fan of more recent innovations in education: mentioning the word ‘accreditation’ was a sure way to witness an almost cartoon-like reddening of the face. Colin could also be indignant – but so often it was indignation on behalf of others. I was fortunate to benefit from that on several occasions, the last time relatively recently, and I felt justified and defended as a result. And he didn’t ever fully embrace the skills required to operate a keyboard, shifting between upper and lower case remaining a particular challenge.
Colin steadily lost his mobility and ability to communicate over the last year or two as a result of a neurological condition. He and Iso remained devoted to each other and they continued to take enormous pride in their children – Jenny, Robin and Joel, all UWC alumni and all pursuing the UWC mission in ways that were important to Colin – their son, daughter-in-law and their grandchildren (so far, one other UWC alumnus). Colin remained at home in Llantwit Major, surrounded by family and at peace. The week before he died, UWC Atlantic was hosting UWC International meetings and there was a stream of visitors from all parts of Colin’s UWC career: UWC Atlantic, UWCSEA, UWC Costa Rica, UWC Maastricht, UWC Dilijan, UWC International. Colin was unable to communicate, but that must surely have brought him joy.
Colin Jenkins will be dearly missed throughout UWC, but he will be remembered with great love and deep admiration. His influence was huge. His legacy will continue to be seen in the thousands of UWC alumni who were touched by him directly, or who have passed through the UWC schools and colleges that Colin brought into life.
Keith Clarke
November 2019
Back
Share
‘From the person who donated £20, to the person who donated £2000 - thank you. I am extremely grateful and indebted… I will do everything in my power to make sure that the contribution made is going to mean something more…’

Sheryl Ofwona, Class of 2019, from Kenya

The difference of a scholarship
Social Media

"Public and private education sectors must work together in order to prepare young people to address global risks."… https://t.co/LkJ84WE67i

INFLUENCE. ENGAGE. INSPIRE. We are #recruiting a Communications and Marketing Manager to join the #UWCATeam. If yo… https://t.co/IqPdnIhArz